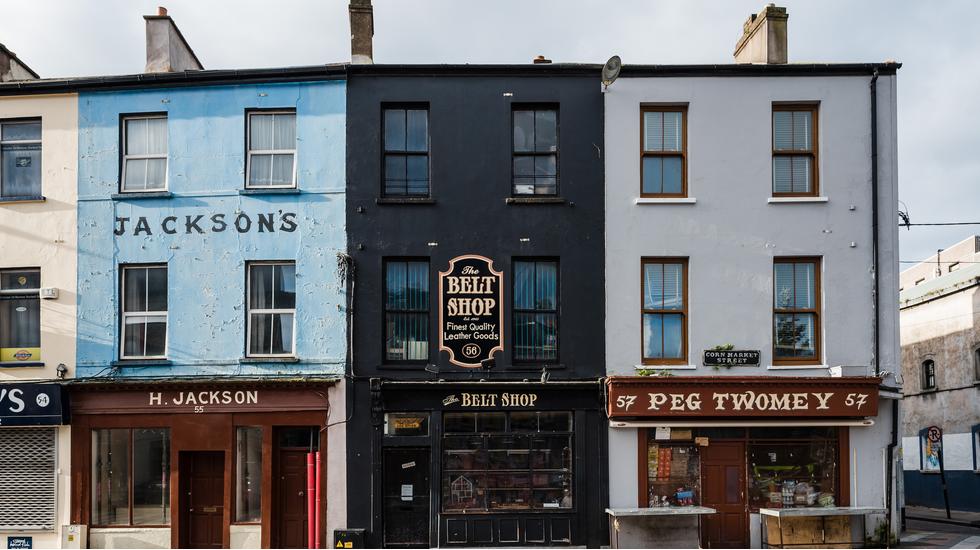 Irish Irish author Kevin Barry recently wrote: "The city of Cork is besotted with itself, and it talks of little else." He meant it as a compliment and that's how Cork residents would have taken it anyway. It's "the real capital" - a tongue-in-cheek slight to Dublin but also a solemn nod to Cork's role in Irish history.

On the surface, Cork is a picturesque university town on the banks of the River Lee, with a compact, walkable city centre. It was named the European Capital of Culture in 2005 - a well deserved accolade - but in many ways, the city wasn't quite ready. Not long after, it became bruised and battered by Ireland's economic downturn; spirits were low and Cork's potential was hidden behind doom, gloom and unused retail spaces. Since then, new restaurants have opened, galleries have been reinvigorated and bars refurbished. Young people are returning to the city in droves and breathing life back into its historic streets.

Even in less prosperous times, Cork has always had a music, literary and art scene to rival any European capital. Pubs and bars range from the traditional (think impromptu sing-songs and céilí) to the truly innovative, and the same goes for food. In fact, with its acclaimed English Market and abundance of fresh local produce, Cork's food scene is enviable and catches the eyes of chefs and restaurateurs from all over the world.

Vestiges of the old city are everywhere - a star fort perched on a hill, remnants of old city walls and a 14th-century medieval abbey - but there is something fresh and cosmopolitan about Cork. Festivals such as Cork Jazz and the Cork Film Festival draw crowds every year. Yet the real sense of this intriguing city should be discovered on an idle evening chatting to locals over a pint of Murphy's as you look out over church spires and rivers.

Despite its location on lively MacCurtain Street, Hotel Isaacs is a tranquil pocket thanks to a courtyard backed by a waterfall. Period features are retained – think exposed beams and metal pillars – but contemporary touches and double-glazed windows mean that comfort is assured. Book a ground-floor room for enclosed courtyard access. Boasting the award-winning Greenes Restaurant and cocktail bar, Cask, it’s a reflection of the city’s stellar drinking and dining scene.

The Imperial hits the mark with its city centre location and luxurious Escape Spa. But it’s the history that make this grand hotel so fascinating. Celebrating its 200-year anniversary in 2016, the Imperial has welcomed literary icons Sir Walter Scott and Charles Dickens and actors Dame Angela Lansbury and Maureen O’Hara. Its real claim to fame is that revolutionary leader Michael Collins stayed here in August 1922, just days before he was killed in ambush in West Cork. The 125 bedrooms here are more modern than the lobby suggests.

This contemporary, glass-fronted hotel sits on the banks of the River Lee, less than 10-minutes walk from the city centre. With all the amenities of a up-to-date hotel – gym, fitness classes, 24-hour room service, concierge and a 20 metre pool – it channels a feeling of calm with its understated decor and floor-to-ceiling windows. When you come out of the hotel, turn right for the city centre and left to explore the neighbouring University College Cork.

A former estate of Cork merchants, the Hayfield Manor was rebuilt in 1996 and established as Cork’s first five-star hotel. A family-owned and family-run hotel, service is the best around – some staff have been here since its opening – and guests are greeted with a warm Irish welcome from the top-hatted doorman. The luxurious surroundings extend to the rooms, each benefitting from Elemis products, king-size orthopaedic beds and even golf putters to work on your technique. Book the magnificent 1,200 square foot master suite for a private drawing room and “his and hers” bathrooms.

Situated riverside where the River Lee splits around the “island” of the city centre, the newly refurbished and renamed Clayton Hotel is well equipped for business and leisure travellers alike. Minutes from the bars and restaurants of Oliver Plunkett Street, it’s also a stone’s throw from the bus and train stations. Expect bright, airy interiors and rooms with views.

While not strictly a city hotel, Fota Island Resort is a 20-minute drive and 13-minute train ride from the centre of town and well worth the trip. Rooms offer views over the three adjoining championship golf courses (if that’s your thing) and self-catering lodges are nestled amongst sycamore trees and fuchsia bushes. The neighbouring wildlife park houses big cats, exotic plants and even some European bison.

The Montenotte is not what you’d expect. Chandeliers hang in trees outside, the lobby is accented with gold flower pots and flanked by life-size dog statues and the in-house luxury cinema (with nightly movies, free for guests) has heavily curtained walls. But the real allure of one of Cork’s only boutique hotels is the panoramic view over the city that stretches for miles. Enjoy it while sipping an Irish coffee on the aptly named “panorama terrace” or while strolling through the recently discovered Victorian sunken garden.

The Kingsley is virtually in the river, such is its positioning along the banks of the Lee. Water-facing rooms look out over tree tops and historic buildings, all of which are just a 15-minute stroll from the city centre. If a morning jog along the three-mile riverside pathway isn’t your style, relax in the spa, where natural, ethical product lines such as Neom and Vita Liberata are used in an impressive range of treatments.