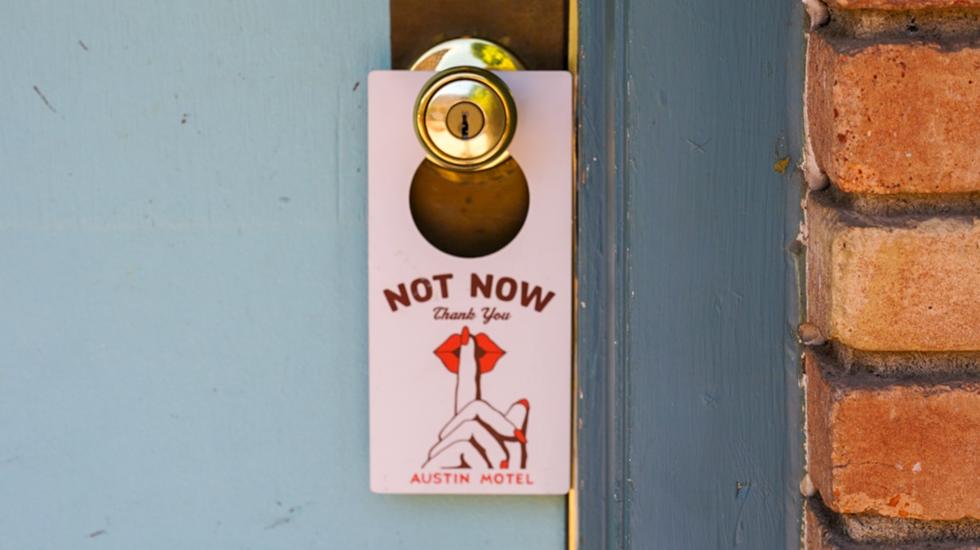 The The first time that someone asked me to go back to a sex hotel with them, I was so affronted that I almost slapped them. Was this because we had met on Tinder? Or did he simply assume that I was loose just because I'm British?

"I'm sorry," said Nico apologetically, following my tirade of abuse in broken Spanish. He looked a little confused at the outburst. "But you have a single bed so we never get any sleep and Daniel had company again last night. LOTS of spanking."

My housemate, Daniel's hit rate was astounding. A seemingly endless stream of gorgeous girls flowed in and out of our little Recoleta apartment. His success was somewhat of a mystery to me. Short and squat with bulbous eyes, he reminded me of Toad of Toad Hall. He was also pretty eccentric. The last time Nico had stayed over, we had been watching a film when Daniel had plonked himself between us on the sofa wearing nothing but a pair of Y-fronts, eating cold pig brains with a spoon straight from the skull.

"Left over from the family asado (barbeque) at the weekend," said Daniel happily, as I edged my bare knee away from the congealed snout.

I had been in Argentina for two months and this was the first time I had heard of a telo (sex hotel), although I must have walked past several. The discrete exterior means you have to know what you're looking for, although a lit-up sign reading "playa privada" (literally translating as "private beach") can be a giveaway.

Telos, otherwise known as albergues transitorios, are hotels specifically for couples. They're no recent phenomena; they've been around for more than a century and were legally converted into businesses, just like regular hotels, during the 60s - 20 years after brothels were outlawed in the city. These days there are close to 200 telos in Buenos Aires alone. Unlike regular hotels, telos give guests the option to pay for a turno (turn) of between one and four hours rather than paying for a whole night.

There is no set demographic for a telo frequenter. Owing to Argentina's precarious economic situation, they're popular with young people who often live with their parents into their late 20s. They're a boon for married couples who want a little time away from the kids. Unsurprisingly they're also a popular choice for people having affairs - there's no documentation required at check-in.

Young, old, gay, straight, single, married, it doesn't matter. The only rules are that you're over the age of 18 and you don't outstay 24 hours. Oh, and you have to go as a couple. No turning up alone hoping that you'll get lucky, and no group sex (sorry folks). They're open 24/7 so you're not limited to the end of a night, you could even nip out for a quickie on your lunch break. There are telos to match every budget and taste: an extensive in-room wine list? Rowing boats to paddle to your room? (Yes, that really exists.) A private dance floor? No problem.

Would you like to pay by the hour or by the night?

That night, Nico and I checked into my first telo. My face burned with shame as we paid the attendant. I couldn't have been more embarrassed if I'd stood on the table of the restaurant we'd been to for dinner, thrown my arms wide and screamed "we're going to bang!" to my fellow diners.

"Would you like to pay by the hour or by the night?" asked the receptionist.

"By the night," I said firmly, bristling a little at the latter even being a consideration.

A few days later, sharing a mate (strong, green tea) on a Palermo balcony overlooking the incessant bustle of Plaza Italia, I broached the subject of telos with my friend Soley, an Argentine porteña (local).

"Of course I've been to a telo," replied Soley, helping herself to a sticky medialuna (a type of croissant). "There's one on virtually every block. Yours sounds really boring. My favourite one has themed rooms: you can bang in a pyramid with your own jacuzzi. My ex-chongo and I used to go all the time."

"A friend with benefits. You guys don't have a word for that? And you don't have telos in the UK? Brits are weird!"

No, not the room with the pole thanks, a regular room will suit us perfectly.

Six years later, I returned to Buenos Aires, this time as a tourist; a scruffy backpack filled with camping supplies and quick-dry clothing in 50 shades of grey and faded black. Nico and I met up in an understated bar in Colegiales. A couple of hours later we walked through the doors of an old, brick-fronted building, more akin to an English country home than a city sex hotel. I was an old hand at this now.

"A turno of three hours will be fine," I said to the woman at the desk. "No, not the room with the pole thanks, a regular room will suit us perfectly." This time my Spanish was clear and confident.

When we parted ways I filled my bumbag with the complimentary toiletry sachets and sweets and waved goodbye to the receptionist on my way out. Telo culture wasn't so unusual to me any more.

Discover More
16 Destinations for Your Next Romantic Getaway
Read now