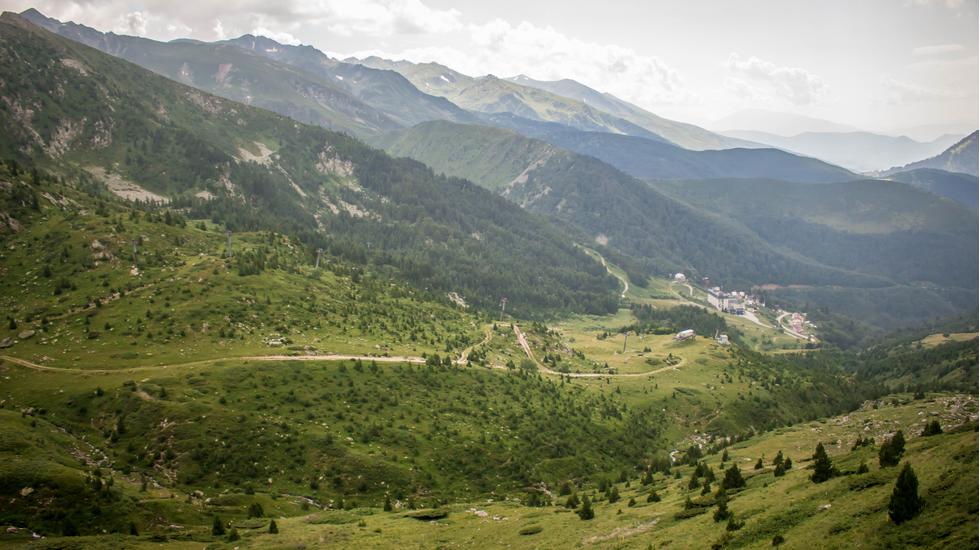 Once strewn with litter, the Sharr Mountains National Park has in recent years become one of the most important conservation areas in the Balkans. Kosovo's craggy mountains have been climbed for centuries by nomadic farmers and pilgrims, but bubbling disputes and a war in 1998-9 means this branch of the Dinaric Alps is still largely off the radar as a holiday destination. In 2008 Kosovo finally gained independence from Serbia, but remains a disputed territory.

Forming a natural border with North Macedonia, the Dinaric Alps are home to hundreds of rare species of flora and fauna, as well as wolves, brown bears and golden jackals. In summer, its glacial lakes turn milky blue as the snow melts. With an Alpine climate but a fraction of the Alps' infrastructure, the 500km national park is a protected wilderness that feels totally remote. An astonishing lack of air pollution makes for excellent stargazing.

The village of Brezovica near the North Macedonian border serves as a base for mountaineering and trekking. In winter, it's a decent enough ski resort (albeit with only one lift), and a jumping-off point for snow-shoeing and cross-country expeditions.

Hotel Sharri's swish spa is rather at odds with the wild surrounds and lack of tourists, but has various plunge pools, hot tubs and a panoramic glass-walled swimming pool. It makes for a luxurious escape at a fraction of the price of similar mountain retreats. For something more down to earth, Woodland Hotel in Brezovica is the Balkan's answer to a cosy Alpine log cabin.

At an elevation of 2,694m, the Dinaric Alps get pretty nippy in winter. If you're planning to be cycling or hiking, Norse Projects Tromso Black Gore-Tex jacket makes for a great top layer over jerseys and sweaters. Running water is unreliable at best, so make sure you have plenty of supply at all times, and perhaps consider investing in a SteriPen to filter and purify your own water.

Many of the basic trails you'll find on maps don't actually exist, so we'd recommend hiking with a guide, such as Balkan Natural Adventure. Also keep in mind that if you're travelling during Ramadan, alcohol is seriously off limits in public places; although Kosovo is a secular state, more than 90 per cent of the population are practicing Muslims. If you're spending any time in Priština, stop for a traditional lunch at Renaissance restaurant- just don't expect an English menu.

Sharr Mountains National Park is about 70km from the capital of Priština, where there are regular connecting flights from Istanbul, Vienna and Zurich. Alternatively, it's possible to cross the border from Albania or from North Macedonia into southwestern Kosovo.