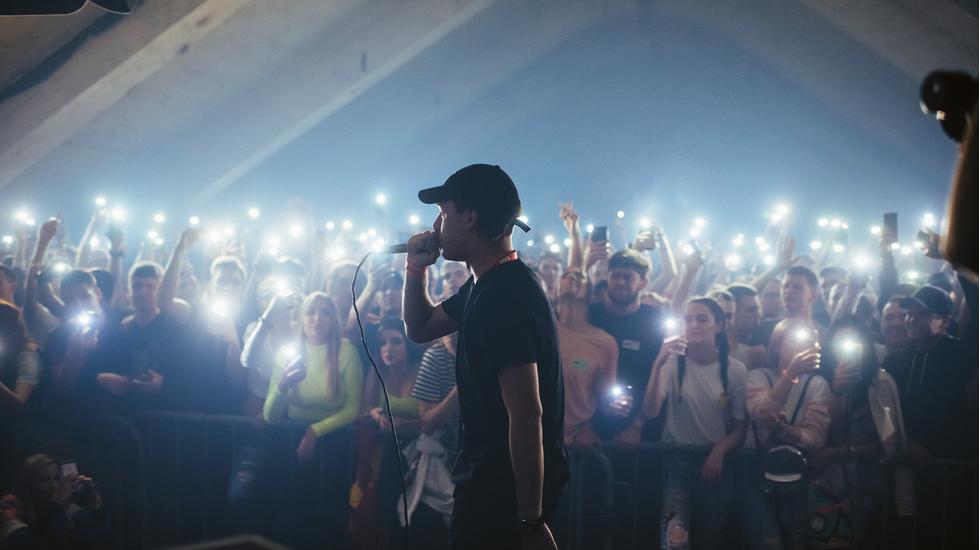 Somehow, Somehow, it's 5 o'clock in the morning. The night has just swung past in a glorious, euphoric haze. I'm surrounded by a blaze of jubilant faces spanning every corner of Europe, their smiles illuminated by a dusty-pink sky still speckled with the occasional sparkle. Beyond, mountain ridgelines emerge from the darkness and in a bid to solidify the singularity of this moment, the DJ throws on Bill Withers' Lovely Day. Just as planned, hands begin to float though the salty sea air and then, in a sign of true celestial perfection, dolphins appear on the horizon. It's so sublime it doesn't feel real and yet here we all are, united on a dance floor, staring open-mouthed into the distance.

This implausibly idyllic scene unravelled last summer in Dhërmi, a picturesque seaside town in south-west Albania. For the past two years, this stretch of coastline has been the home of Kala, an electronic music festival that combines blissful beats, bucketfuls of sunshine and a community of free spirits, which may not sound like an especially unique formula given the world's proliferation of music festivals, but has real significance considering that this is Albania's first-ever foray into the scene. As a result of communist rule and the significant economic downturn that followed, 10 years ago it simply wouldn't have been possible.

This shift in part stems from the country's desires to rid itself of the shackles of the past - tourism has recently leapt to the top of the government agenda, for instance (in Kala's inaugural year, prime minister Edi Rama gave out free beers on the beach) - but more than that, it's a rousing testament to the unifying power of dance music. Here is a relatively unexplored country, closed off for so long from foreign tourists, that's now witnessing an influx of dance-music fans to its pristine shores. The government admits that its efforts alone could never have reached such a large audience and so thanks is extended to the team behind Kala, a group of people with exceptional record collections (not to mention a hefty dollop of determination).

For many locals, this push for recognition is long overdue. "The isolation that this country has been through has, let's say, made us dream of the Western world," explains Alina Starova, head of marketing at the Albania National Tourism Agency. "Now that foreigners are able to come and see what Albania is about, it presents a brilliant opportunity for us to finally be able to touch the rest of the world." The hope is that with each new visitor comes the opportunity to re-educate, so that eventually Albania shakes off the damaging reputation that's been cultivated by various media sources and movies, and emerges as the unpolished but soon-to-be sparkling gem it really is.

Though dance music isn’t necessarily consciously political, the act of being involved is its own natural rebellion. There’s often an element of radicalism in dance music, and that can be a catalyst for change.

It's no coincidence that electronic music lies at the core of this surge for change. Historically, the genre has always provided an outlet against oppression, both on and off the dance floor. The pulsating, four-to-the- floor beats of disco became the soundtrack for the suppressed black, Hispanic and LGBTQ communities of 1970s New York, for example, while acid house was adopted as the sound of working-class Brits in response to the austerity caused by 1980s Thatcherism. "Though dance music isn't necessarily consciously political, the act of being involved is its own natural rebellion," says DJ and writer Bill Brewster. "There's often an element of radicalism in dance music, and that can be a catalyst for change."

Evidence of this is palpable a few hundred kilometres away in the Serbian capital of Belgrade, where Ottoman relics juxtapose imposing Soviet tower blocks and the Sava and Danube rivers intertwine in an embrace. Back in the 1990s, it was a city battered and bruised by years of war and oppression at the hands of the Milošević regime and hope was hard to come by.

"We lived in complete isolation," explains EXIT festival founder Dušan Kovačević. "We couldn't travel anywhere and there was barely any food on our tables - we wanted to scream from the top of our lungs for this madness to stop."

There were few ways to escape, but electronic music provided a conduit in which collective frustration could be channelled. "Dance music was of huge importance during the war," affirms DJ and visual artist Johana. "It was a time when the rave scene was booming. Techno culture managed to take a stand against a horrible reality and those parties were empowering for youth - it gave them strength to survive those times." Around a decade later in 2000, EXIT festival was conceived. A movement that mobilised thousands of students and activists under the umbrella of music, it culminated in peaceful revolution that eventually overthrew the regime. It's now Serbia's biggest cultural export, taking place in the town of Novi Sad each year. "Music lets you escape into your own world, but it also helps you connect with others," adds Kovačević. "That's why we love to connect with artists who understand that music is one of the best tools for spreading a message of positive social change."

Music can help us to creatively articulate what we’re feeling, longing for, hoping for and even criticising. It can bring people together in ways that other things can’t.”

Today, Belgrade bustles after dark and boasts a slew of innovative, internationally famed music spaces like boat venue Klub 20/44 and the vast, cavernous expanse of Drugstore. Widely considered at the forefront of the European nightlife scene, it's a hub where the biggest names in dance music and local artists collaborate in the creation of a safe space to rave. "Music can help us to creatively articulate what we're feeling, longing for, hoping for and even criticising," Johana concludes. "It can bring people together in ways that other things can't."

Across the Black Sea in Tbilisi, this mantra is repeated verbatim. Located in a valley that's flanked by narrow, winding streets woven among distinctive red rooftops, the Georgian capital is a vibrant, cosmopolitan city that's forged one of the most revered dance music scenes in the world. At the heart of this is Bassiani, a techno behemoth often likened in spirit (and sexual liberation) to Berlin's Berghain, but with its own more politically charged biography. It was here back in 2018 that police stormed the dance floor and made 60 drug-related arrests, a publicly refuted action that sparked widespread protests across the city.

The so-called #raveolution became an ideological battle between a largely conservative, Christian majority and the younger and more progressive generation that favours more relaxed drug laws and welcomes the marginalised members of society often sidelined by the status quo.

Consequently, the dance floors of Tbilisi are some of the most inclusive in the world - clubs like Bassiani, KHIDI and MTKVARZE offer spaces where solace can be sought and transcendental bonds can be fused; somewhere ideas, bodies and souls coalesce. Together they're spearheading the city's future, and there's no doubt it looks fresher and more vital than ever.

As dance music scenes around the globe evolve, their capacity to bind us is continually reinforced and we're reminded time and again of their ability to profoundly shape us all on personal, societal and cultural levels.

"That moment when the sun starts to go down and day becomes night," Kovačević muses. "When nobody cares if you are rich or poor, what nation or religion you are from, where you went to school, and what you did or didn't do: all that becomes lifted from you. It's in that moment that the feeling of unity overwhelms." Because on the dance floor, there are no divisions.