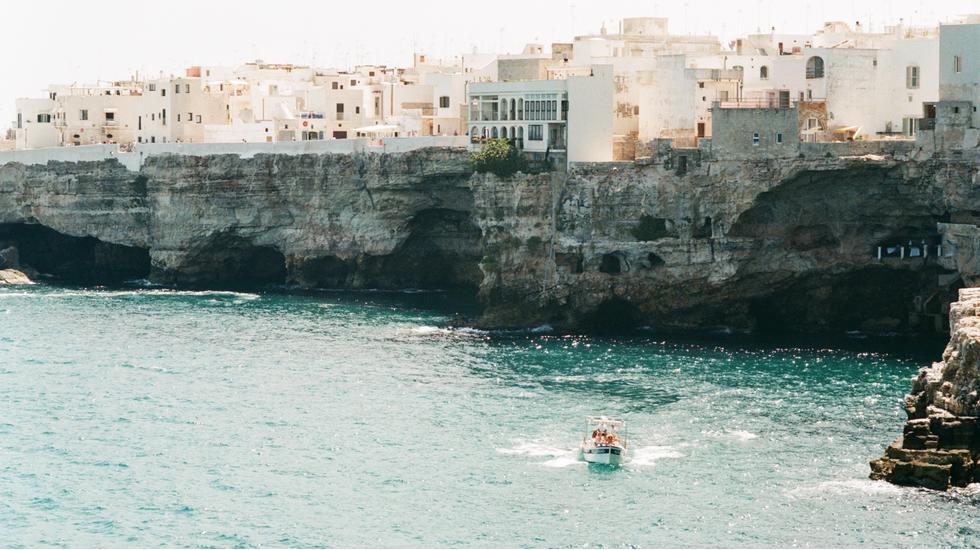 Looking Looking for some summer holiday destination inspiration? Nothing beats a European summer break. Whether it's a road tripping through Italy or discovering Portugal's lesser-known west coast, these are some of our favourite summer holiday spots.

When people think of Sicily, they think of the mainland - that hefty chunk on the tip of Italy's boot - but so often overlook this smattering of tiny islands sprinkled on the tip of its northwest coast. You might not be able to spot any filming locations from The Godfather or Cinema Paradiso, nor will you see many fellow travellers, but this is what Sicily looked like before tourist footfall. Try the tiny fishing town of Favignana or the crumb-like gem of Marettimo if you're really after an off-grid getaway. Bring your flippers; this is one of those destinations which looks as good underwater as it does above.

Head for the Basque Country then keep going. This artsy enclave on Spain's northern coast is dripping with architectural history and delightfully thin on tourists, most of whom hop it to the Costa del Sol. It's not as scorchingly hot as Andalusia, it should be said, but the beach is all the better for it. Too busy for your liking? Head west to the Oyambre Natural Park for a real dose of tranquillity - bonus points if you visit mid-afternoon, when siestas are in full swing. Inland there is a handful of ostentatious mansions to explore, including a little-known Gaudi masterpiece - El Capricho de Gaudí - which comes with all the wibbly-wobbly turrets you'd expect and a gothic-revival palace dressed in florid stonework and filled with one-off items of furniture hand-polished by Gaudí himself.

The summer spot for those in the know, Comporta's laid-back, beach-shack vibe boasts 12,500 hectares of protected nature reserve where rice fields meet unspoiled coastline. It's often described as the Ibiza of 20 years ago thanks to the A-listers and creatives who flock there. Though Comporta is only an hour's drive from Lisbon, crowds remain away, so you'll be able to get under the skin of Portugal's largely untouched west coast. Rent a villa and rest up, feeling smug in the knowledge that you've got there before all your friends.

If you'd like a slice of Corfu without the considerable price tag, try this charming seaside village in southern Albania instead. Near the Greek border, Qeparo looks like any dusty town you might find dotted on hilltops across the Mediterranean - all terracotta roofs and crumbly, washing line-strewn ruins, plugged with coarse, salty shrubbery. Its old town was near abandoned following the fall of the Iron Curtain, as were many epic religious monuments which are staggered throughout the craggy mountains, but lower Qeparo remains abuzz with restaurants and cafés which look out over the village's powdery, crescent coastline.

Stay: Qeparo isn't blessed with an abundance of boutique hotels. We're pitching up at the perfectly perfunctory, Villa Panorama.

The tower of St Euphemia Church rises from the highest point in this picturesque town - the jewel of the Istrian coast - where old-world meets cosmopolitan chic in Croatia's answer to the French Riviera. A surprising art scene threads through Rovinj's winding cobblestone streets, where galleries are scattered among local restaurants and candlelit bars. Stroll through the centuries as you get lost among changing architecture of the old town before heading south to Zlatni Rt Park where cypress tree-lined pathways lead you to small pebbled coves beckoning you to dip in the Adriatic Sea. For the more adventurous, there are great spots for cliff jumping.

According to D. H. Lawrence, "Sardinia is different" - and it's difficult to think of a better way to describe the rugged interior and breathtaking beaches of this Italian island. The surprising landscape will take you from mountainous woods to powder-white beaches, before introducing you to the wild horses which roam the plateau of Giara di Gesturi and the blue-eyed albino donkeys of Isola dell'Asinara. History buffs will delight in the Bronze Age ruins which dot the island, but the beaches are the real draw - expect some of the best (and most quiet) in the Med.

The favoured holiday spot among affluent Parisians, this charming island off the west coast of France couldn't be more different from the flashiness of the Côte d'Azur. Lacking any hint of glitz or celebrity glamour (though its chilled-out holiday vibes have been known to attract stars), this is the kind of place where you're more likely to bump into local fisherman delivering produce to port-side restaurants than P Diddy popping bottles in his gin palace. Wander leafy, shuttered streets, lounge on a golden beach or visit a local market and stock up on French cheese, bread and wine before hitting one of the many cycle paths, stopping for a picnic along the way and spending the afternoon getting giddy on rosé.

There's something about Formentera. The end-of-the-world destination in a Jules Verne novel, a mecca for musicians of the 60s and 70s (think Bob Dylan, Pink Floyd and Joni Mitchell) and once deserted due to pirate raids, the island channels its own special kind of summer magic. Reachable only by boat from Ibiza - it's often described as the White Isle's "hippy sister" - the island vibe was largely shaped by the creativity of its artist-filled past. Though slightly more developed nowadays, with beach clubs and chic restaurants scattered along the coast, Formentera is still a place for the free-spirited and offers welcome refuge from "beefa" disco heads.

The remote heel of the Italian peninsula, a combination of baroque architecture and fairy-tale farmhouses have given this region a reputation of quiet modesty, steeped in a history palpable from countryside to coast. Hire a car and village-hop through the region, filling days with long, boozy lunches (don't drink and drive), clandestine roadside swims and befriending locals. Don't miss the sleepy seafaring town of Savelletri or Sentiero Airone, home to Europe's largest colony of pink flamingos. A surprising region of natural and architectural beauty, Puglia oozes romance and makes for the ultimate summer Italian getaway.

Drawing vast numbers of package holidaymakers thanks to year-round sunshine, Tenerife could easily be written off. Yet beyond the sunburn and revelry of its resort-lined coast, the largest of the Canary Islands boasts many summery surprises. It's home to Spain's tallest peak, Mount Teide, which is set amid a lunar landscape in a national park that doubles up as a protected Starlight Reserve. Thanks to low light pollution, you'll bear witness to some of the most spectacular stretches of night sky in the world. Those still after a typical seaside holiday can head to Santa Cruz de Tenerife, a port situated in the northeast of the island where you'll get all the benefits of the beach but without the bums.

Somewhere along the line we conflated summer holidays with beach holidays. If you're happy to do without a choppy surf, why not take a lakeside getaway instead? While this picture-book town, sandwiched between Lake Thun and Lake Brienz attracts loyal visitors from Germany and Austria each summer, Brits haven't yet caught on. From Zurich airport, it's a two-hour train journey through rippling Alpine foothills that give way to gaping mountains. It's all about bracing dips, fantasy hikes through tumbling landscapes and earthy evening meals. It would be criminal to leave without tasting at least one gloopy forkful of fondue.

Spain's Balearic Islands are known for their unique personalities; while Ibiza jostles between rowdy partygoers of San Antonio and Euro jet-setters of Ushuaïa, Mallorca ushers in old-world glamour and celebrity status. By contrast, whitewashed Menorca has grown up in the shadow its larger-than-life neighbours, making it the perfect spot for party graduates still looking for a taste of Balearic sunshine. Great for a holiday with friends, this is the place to spend hazy days exploring rocky coves and diving into azure waters before kicking back among fuchsia-pink bougainvillea at your stone-built villa with a refreshing pomade - a local drink of gin and lemon Fanta.

Goethe declared Sicily to be, "the key to Italy" - and he's not wrong. The largest island in the Mediterranean, Sicily is situated off the southwest coast of mainland Italy and has garnered a reputation for its lush landscapes, year-round mild climate and historic cities where Greek temples mix with romantic churches and palazzos. The most popular of these are Palermo, Catania and Siracusa, but we suggest heading to the Etna region where the volcanic landscape provides fertile ground for some truly excellent wine. Head on a tour across the region and be sure to stop by enchanting Taormina, a fourth-century cliffside town where you're sure to get a taste of the Sicilian dolce vita.