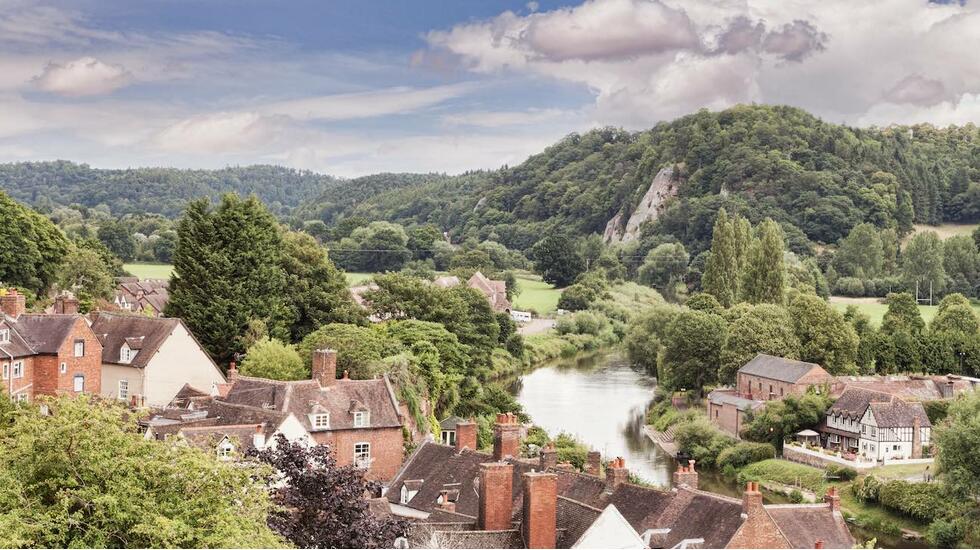 If If we've learned anything in the past few years, it's that what we so often jump on a plane to seek - escapism, cultural newness and broadened horizons - can also be found in our own backyard. Our pick of 2023's best UK destinations to visit takes us on a trip all the way from Kent's Blue Flag beaches to the craggy coastline of Scotland's Outer Hebrides, with pit stops at handsome new hotel openings, innovative cultural events and jaw-dropping natural landscapes along the way. Pembrokeshire's golden sands offer some barefoot escapism (and maybe some sunshine, too), and there can surely be few bigger cultural adventures worldwide than a Liverpool Eurovision party, when the all-singing, all-dancing show rolls into town in May. All that awe found in alpine peaks and Tokyo streets? It's here, too - and just a train ride (or ferry) away. Here's where your next staycation should be.

The best UK destinations to visit in 2023

Wondering why Hackney seems so empty? Everyone who's anyone is heading out west this year, including us. In fact, we're so enamoured by W11's renaissance that the neighbourhood made it onto our definitive list of 2023's hottest global destinations. After years spent skulking in the shadows of its compass opposite, London's west wing is stepping into the light. First, there are the hot new tables in town: Straker's, on Golborne Road, is the new restaurant from FoodTok's favourite chef, while Dorian, a few streets over, is the latest launch from the man behind Notting Hill Fish Shop. Then, there are the parties going down at Caia, a wine bar with a well-tuned sound system. If you want to make a night of it, take a room at the newly opened Hoxton in nearby Shepherd's Bush. Hackney? Never heard of it.

Calling all type two fun fiends (that's those seeking challenge and adventure on their hols, rather than sunbathing and sangria-swigging): England's wildest corner is an unspoilt outback that's set to be the centre of the country's soft adventure boom when its section of the England Coastal Path is completed this year. But hiking heath-cloaked moors, romping rugged coastlines and exploring hills inhabited by wild goats is only half the story in the North East. Alongside rambunctious landscapes, you'll find quirky shops (like Barter Books, tucked inside an old train station), a sea-sprayed tidal island that's home to a contemporary coffee roaster, plus some top-notch Michelin-starred restaurants, like country pub-housed Hjem. Oh, and there's plenty of history to discover up here, too - including Hadrian's Wall, which marks its 1,900th anniversary this year.

It's hardly newsworthy to say that Kent is having a moment. Margate and Deal have been welcoming London escapees in their droves for some years now. But, following a bumper 2022 of exciting openings, and plenty more planned for 2023, we're happy to report that the southeastern county's reign as our staycation spot of choice continues to go from strength to strength.

Fort Road Hotel has already flung open its doors - a derelict boarding house restored and revived into a grown-up, mid-century-infused Margate stay. Later this year, the artsy seaside town will also see the sleek No.42 GuestHouse unveiled, while in endearing Littlestone-on-Sea, just along the coast, a second hotel from the team behind Sussex's The Gallivant is on the cards. Book a table over in Deal while you're in the area - the just-opened Updown Farmhouse, a restaurant with rooms (or rather cottages) tucked into well-tended gardens, is the restaurant that everyone's raving about.

All eyes on Manchester: in June, Factory International is opening - a vast arts space set to put the North of England at the heart of the country's creative offering. Ignore the offbeat October opening event (we're withholding judgement on the Matrix-themed Danny Boyle multi-media performance until we've seen it) and stop by in June instead, for a pre-opening programme from Yayoi Kusama. The Japanese artist's polka dot-covered inflatable sculptures - some hitting 10m in height - will fill the main warehouse on the old Granada Studios site. Then, November ushers in "The Welcome" - a nine-day programme of cultural events developed in tandem with local residents.

Elsewhere in the city, everything is turning a little bit green. We've been keeping a close eye on news about the soon-to-open biophilia-focused Treehouse Hotel Manchester (and its sustainable restaurant and rooftop bar), and we're planning a summer stroll through the new shoots of Mayfield Park, the first public green space to open in the city in more than a century.

We're calling it: 2023 will be the year of the suburban staycation, and there are few better city fringes to explore than the ever-expanding Birmingham's. The Midlands' behemoth has been making a lot of noise in the kitchen; (relatively) new names like laid-back neighbourhood stop Tropea have joined old favourites including Chakana in the city's extremes. Head to the leafy streets of Stirchley to check out the up-and-coming craft brewing scene (or try some cocktails at acclaimed neighbourhood bar Couch), then hotfoot it over to Harborne for a dinner of tender cod over girolles and sea purslane and sharp kohlrabi tartare at Harborne Kitchen.

Make a weekend of it with a stay much further out, at Solihull's Grace & Savour (opened last year), a gastronomic guesthouse bringing a touch of Scandinavian cool to the city's (very) rural outskirts.

You're more likely to rub shoulders with fantastical folklore creatures and ghosts of centuries past than people in the Orkney isles, a collection of more than 70 mostly uninhabited islands just off Scotland's northeastern tip. Dotted with age-old Neolithic sites, First World War shipwrecks and Viking-founded villages, the archipelago's rugged landscapes and sandstone-cliffed shorelines sing with its storied past. This year, the Ness of Brodgar excavation site, which has seen a groundbreaking archaeological investigation into a huge complex of centuries-old buildings, is opening to the public for the first time from 5 July to 17 August. News that, from April, you'll be able to fly twice weekly to the largest town in the archipelago, Kirkwall, from London City makes this island escape all the more enticing.

Blustery beaches. Pastel-hued terraces. Independent stores. Artisan bakeries. The new jewel in Suffolk's rural crown is the breezy coastal enclave of Aldeburgh. Thanks in part to the opening of restaurateur and hotelier George Pell's reimagined 17th-century inn, The Suffolk, last August, this sea-facing stretch of England is making waves. Check into a curio-filled room at the new hotel, fuel up on crullers at farm café Pinch, then stomp your way along the shore on the Suffolk Coast Path. If you have time, head to Snape Maltings for cultural performances and a snoop around the antiques centre.

We've felt the call of the wild more times than we can count this year - and the closest we've got to escaping it all? Not counting a pit stop at an isolated Mozambique nature reserve, the stretching sands, and craggy cliffs of Pembrokeshire provided all the open space and raw beauty we needed. Low-profile Pembrokshire is often outshone by its topographical twin, Cornwall, but the Welsh county's coastal beauty rivals the likes of Kynance Cove and even, we'd venture, Bondi, on a summer's day. Make a pilgrimage down Wales' southern coast when the weather improves in 2023 to stroll across Barafundle Bay's golden sands and hike the rugged, raw geography of the Pembrokeshire Coastal Path. Still not sold? The area is in the midst of a culinary renaissance. Try farm-to-table eating at forager Matt Powell's Annwn restaurant, and seasonal sharing plates at Paternoster Farm, fuel up on boxfuls of ruby-red crab claws from beachside food truck Cŵlbox, in Saundersfoot, or tuck into a tasting menu inspired by the region's natural larder while enjoying sea views at nearby Coast.

We've already been romping through Shropshire on frosted winter walks in the new year, but our love affair with the county is set to be a year-long fling, thanks to a brace of new countryside stays cropping up between the region's rolling hills. Make your base the folksy Bear Inn at Hodnet (a late 2022 contender for Britain's best pub with rooms), or the fairytale-like self-catering cottages of Bradford Estates, then head out for explorations of the elegant Wollerton Old Hall gardens. For dinner, make tracks to Whitchurch for a terroir-led tasting experience at Wild Shropshire, a micro-seasonal restaurant with a menu informed by what's growing outside.

We didn't need the excuse of Eurovision's imminent arrival (in a shower of sequins) on the city waterfront to put Liverpool on our must-visit list for 2023. Proud, independent and resilient, this North West destination has always had a welcoming character, but a long-fought-for rejuvenation is finally putting the best of Scouse hospitality into the spotlight. And the controversial loss of its Unesco World Heritage status last year hasn't held the city back one bit. A home-grown explosion of neighbourhood restaurants has made this one of the most exciting food scenes outside of the capital: Maray, Belzan, Madre and Lerpwl are all nipping at the heels of stalwart gastronomic greats Röski and The Art School. Then, there's the culture. From pulsating beats in the Baltic Triangle (try 24 Kitchen Street) to esoteric art-and-music nights at the North Dock's Invisible Wind Factory, by way of orchestral concerts the art deco Philharmonic, the city's musical heritage lives on in ever-changing and innovative formats. Eurovision just adds to the show.