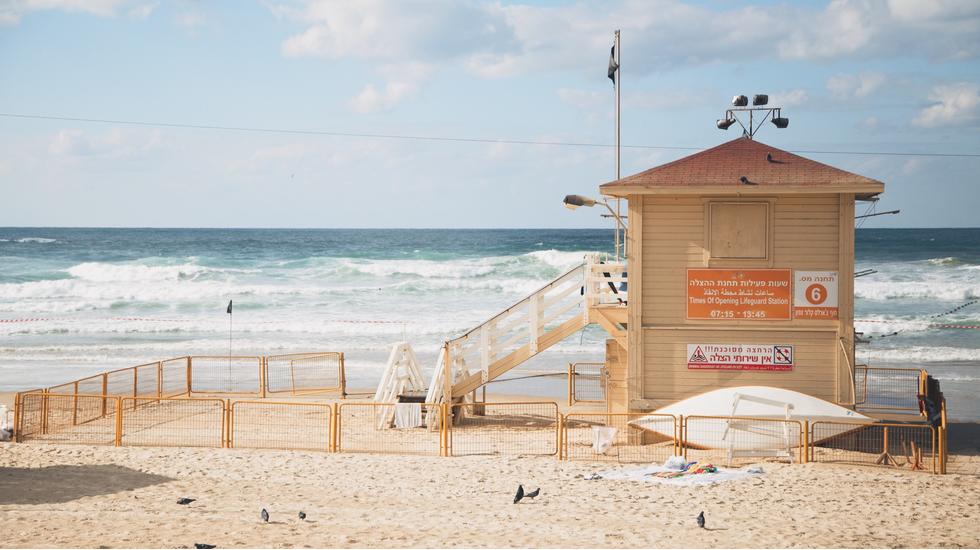 March March means one thing for us Brits: sunny days are on the way. In fact, British Summer Time begins on 27 March - and try saying that without a grin on your face. As signs of spring start to brighten up the northern hemisphere, cooler days, of course, creep in for our southern hemisphere friends. So where to go? We've drawn up a shortlist of our all-time favourite destinations for sun-sure lounging - plus a wild-card entry for those who'd prefer to take in some Arctic wilderness this month.

Blooming marvellous: the best destinations to visit in March

With a staggering 10 per cent of the planet's biodiversity found in Colombia's Andes region, Caribbean white-sand beaches in the country's north and the lush Amazon rainforest down south, this destination really does seem to have it all. But it doesn't stop there. It's also home to chic, cosmopolitan cities with killer nightlife, such as Medellín and Bogotá, with colourful Cartagena arguably being the jewel in the country's crown. Wander around this coastal hotspot's walled old town, then grab a table in one of the many sustainability-focused new restaurants and feast on classic ceviche with a modern twist and sumptuous desserts such as tres leches cake - a butter sponge soaked in three kinds of milk.

If, when you think of Switzerland - one of Europe's wealthiest countries - all that springs to mind is bankers, watches and chocolate, Zurich will go a long way to convince you that the country is also incredibly creative and forward-thinking. Along with a handful of major art institutions, the city also has an impressive array of concept stores and independent galleries. But the stereotype of everything being impeccably clean? That's true, and we couldn't be happier about it.

Spend long, warm days and breezy evenings exploring the wonders of crumbling palaces and cities in shades of pastel pink and powder blue - we're looking at you, Jaipur, Jodhpur and Udaipur - in India's northern state. Leave room in your luggage for all the trinkets and jewels you won't be able to resist buying in the bustling markets and shops. Spend evenings grazing on sharing plates featuring contemporary takes on Indian showstoppers.

If you're after a European city break that guarantees sunshine and al fresco dining as early as March, the Spanish capital won't disappoint. Soak up the city's impressive architecture, wander around the Prado's galleries and unwind over tapas and paella, washed down with local craft beers. Then dance the night away in one of the vivacious city's many late-night clubs.

Life in this Middle Eastern city mostly revolves around eating, drinking and dancing. Stroll around the sleepy Armenian neighbourhoods and people-watch on the Corniche, Beirut's famous waterfront promenade, where locals fish, families play and men bronze themselves on the rocks against a backdrop of the glittering Mediterranean. Also carve out some time to dip into the city's excruciatingly cool art galleries, museums and concept stores.

A true Southern belle, Savannah is a prime destination to visit in early spring, before the sticky summer heat takes hold. Bring along someone with a hearty appetite and indulge in stacks of fried green tomatoes and pitcher after pitcher of sweet tea. Looking for an active adventure? Set off on a self-directed bike tour of Tybee Island, cruising past myriad traditional farmhouses and adorable wooden piers.

With surf clubs, desert hikes and 300 days of sunshine a year, Agadir is the place for beach bums with a taste for culture. Spend mornings checking out the hilltop Kasbah and the city's many souks, and afternoons catching a few waves, then cap it all off with a mint tea on the beachfront promenade.

Despite Chad being one of Africa's largest countries, many people would struggle to place it on a map. Home to some of the world's most extreme landscapes, it makes our list for its jaw-droppingly beautiful oases and bountiful wildlife. Spend days trekking through the Sahara, visiting Lake Chad or going on safari in Zakouma National Park. In March, you'll be treated to the sight of thirsty animals congregating around watering holes, with colourful birds swooping down for a drink and hippos wallowing.

The St Tropez of South America, the Hamptons of the South, the Pearl of the Atlantic… endless fond nicknames have been given to the ritzy resort city of Punta del Este. We recommend getting up early to find your favourite spot along its 30km of white-sand beaches, then hitting the city's galleries and museums to get a taste of Uruguayan culture. Evenings are best spent celeb-spotting at Punta del Este's glitzy, yacht-filled harbour or watching the sunset from hilltop Punta Ballena. Visit in March for warm weather without the high-season crowds.

Right at the northernmost tip of Norway's railway system, Bodø is the gateway to Norway's Arctic Circle. Almost entirely destroyed after a Luftwaffe bombing during the Second World War, the city has been gradually rebuilt as a cultural hotspot in Nordland county. It makes an ideal launchpad for expeditions into the dramatic Arctic wilderness, where, if you're lucky, you'll catch a glimpse of the enchanting northern lights. Go in March to see Saltstraumen, the world's strongest maelstrom, at its peak. Fast-flowing water gushes across the threshold of the fjord just outside of town - a spectacle that has to be seen to be believed.

Despite being home to a busy commercial port and Israel's third-largest city, Haifa has the kind of joie de vivre more often associated with a compact holiday resort. Its landscape is made up of a beautiful blend of craggy cliffs, palm-fringed streets and tropical gardens, whose towering blooms look too flawless to be real against the cloudless sky. It's a must-visit destination for those who like their ancient history served with a side helping of cutting-edge architecture and white-sand beaches galore.

An old western town in Wyoming, Cody is a dream destination for any outdoor enthusiast planning a March adventure. Saddle up and get ready to horse ride through verdant valleys, raft on rushing rivers and hike through the iconic Yellowstone National Park. Nestled in Wyoming's north-west, this former frontier town was founded in 1896 by soldier, bison hunter and showman Buffalo Bill (William Frederick Cody). Today, you'll still find traces of its cowboy roots within the Old Trail Town, where original spaghetti western-style cabins are the backdrop for evening rodeos and re-enactments of famous gun fights.

Yamba ranks as one of Australia's best-kept-secrets. An off-the-beaten-tourist-track town that flaunts a pristine coastline, it's a must-visit destination for foodies, surfers and those seeking a chilled waterside escape. Sitting in the north of NSW, at the mouth of the Clarence River, this sleepy fishing spot remains virtually undiscovered. Get there before the crowds move in to discover a laid-back vibe and vibrant community spirit.